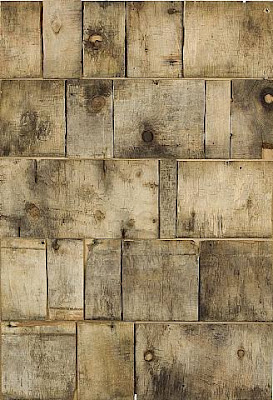 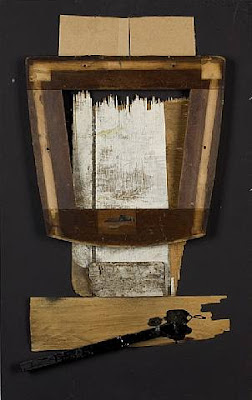 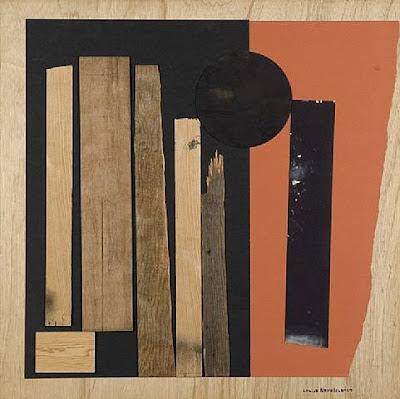 Louise Nevelson
untitled, 1967
Inspiration. It is a word I never connected any dots to until recently. Sure I've gone to the scrap yard and my eyes would bug out of my head with all the stuff piled up, the strange objects looming high above my head all jumbled together like some orgy of rusty metal inviting me in. I've seen objects and wanted to touch them, to use them somehow in my work even though I had no clue for months what I would do with it. I've been inspired by structures to take pictures and print them to use in my assemblages. But I was here and inspiration was over there. We were separate. Ever since getting a new batch of goodies last week I have finally hardwired Inspiration into my thinking process. I am aware of it in a different way.

I've posted some of Louise Nevelson's work because I sense a correlation and feel inspired now by a few artists whom I never even knew existed until recently. (and no I am not by any means comparing myself and casting light on my work as if I am as great as she) The person I got the materials from was talking to Tod about artists while we were collecting things. I half listened. I've not the attention span to deal with too much information these days but on the way home I asked Tod more about what they talked about. I forget the names of the artists already. But Louise Nevelson's name popped up a few more times since then. Tod is in to art in a way that I am not and I appreciate his knowledge and thirst for knowing more about different artists dead or alive.

Today I googled her. I remembered Tod mentioned she used patterns/forms in some of her work and as far as he knew no one else has done that. I was curious. He said her work was big and dark. Lots of black. It sounded awful. I have spent a good deal of time looking at her work today and it inspires me but not for the reasons I would think something would inspire me. I'm not sure I even know why I am inspired. There is something daring about what she did. It would be easy to dismiss it, as it is to do with a lot of art that isn't 'normal'. I don't understand most art. I'm not one to get conceptual thinking let alone conceptual art. I do find myself drawn to looking a bit closer at art that isn't typical and being curious about it. With my limited time spent making art and realizing how difficult it can be to get even simple things to work let alone actually put them together in a technically sound way, I have a new respect for many kinds of art that before would have just annoyed me.

dallasdfw38 said…
She has always been one of my favorite artists since I was very young.
My Aunt took me to a gallery in Chicago to see a couple of her pieces when I was in my early twenties. The volume of the space...and oh those beautiful sculptures!!!..are forever burned into my brain some twenty odd years later. Few pieces have ever moved me like that. I immediately wanted to crawl inside them and explore them from every possible angle.
I don't know why this one story sticks with me all these years later- but I do remember reading something she wrote about eating a box of raisins. She had commented on how looking into the box- it was a solid mass yet was made up of different and intricate textures of each of the individual raisins. I guess I remeber that because it is mostly how I view her work- a collective mass composed of unique and individual shapes and forms.
5/18/09, 12:32 AM